The history of Strand begins in London’s theatreland district in 1914, where two theatre electrician founded their company - Strand Electric.

Strand Electric was famous for its lighting by the 1920s, pioneered controls in the 1930s grew internationally in the 1940s and moved into television lighting in the 1950s. By the 1970s Strand was making big technological leaps – shifting into automation and rewriting the rules for consoles, while the 1980s saw major advances in dimming and controls.

The revolution in computing in the 1990s saw a time of rapid technological growth. Strand created its first digital consoles and software-based control systems – direct descendants of those that control today’s highly-evolved, energy-efficient LED luminaires.

Proud of company past, Strand continues to develop high-quality products that help to meet the demands of modern theatre, film and TV, as well as themed environments and architecture. In past and today, Strand has always been a desirable partner for co-operation.

2008: Strand Lighting was acquired by Royal Philips Lighting. 2016: The lighting division of Philips was spun off from the parent company. 2018: Philips Lighting rebrands as Signify. 2019: Strand regains its iconic brand status and operates as a standalone brand of parent company Signify. Strand incorporates Philips Selecon products as well.

Signify is the world leader in lighting and provides high-quality, energy-efficient lighting products, systems and services. The choice of new company name originates from the fact that light becomes an intelligent language, which connects and conveys meaning.

GORS, the Embassy of Latgale 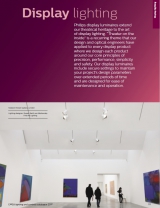 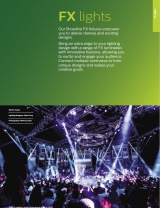 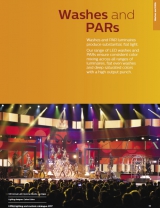 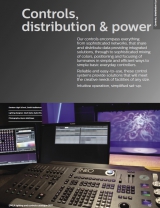 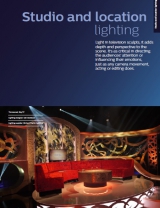