The Vidzeme Concert Hall Cēsis is a unique multifunctional regional cultural centre which is located in one of the most scenic cities in Latvia, Cēsis, which is also home to many various cultural events. The concert hall was opened in the spring of 2014 and its architectonic image has been created by reconstruction of the old Cēsis community centre by adding some modern architectural shapes to it.

Vidzeme Concert Hall Cēsis is a place where cultural heritage lives in harmony with contemporary art.

Event organisers, artists, visitors, and the staff of the concert hall have highly appreciated not only the visual appearance of the building and functionality of its layout, but also the integrated technical solutions, including, the lighting system.

In preparation works for the project SGS Sistēmas was involved in negotiations with the customer and the contractor in order to present its idea of a lighting system for the concert hall in accordance with the available construction design. As a result of the negotiations, SGS Sistēmas was the company which received the rights to carry out this job and in May 2013 it entered into an agreement with the general contractor UPB AS for installation of the stage lighting system at the new Vidzeme Concert Hall.

Within the project, SGS Sistēmas installed stage lighting systems both in the small and large halls of the building. After the completion of works, SGS Systēmas also trained the technical staff of the concert hall to work with the new lighting control system. We see the training process as one of the most important stages in the whole project, as the knowledge level and abilities of the technical staff will determine how successful the organisation functions in the future.

The Large Hall was equipped with one of the most popular and up-to-date stage lighting control systems MA Lighting grandMA2. The equipment included 180 adjustable and a number of fixed lighting control lines which were installed according to the design.

The lighting system is arranged in such a way that it is easily configurable and may also be used in the open-air events organised by the concert hall as well as in other halls. A special modular system (special cables and switches) as well as transportation and storage boxes were made for this reason. 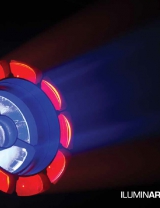 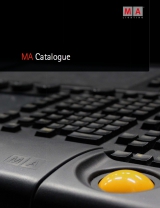 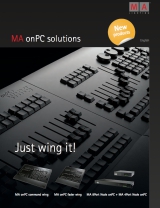