Embarking on the new 2019/2020 season, concert hall Palladium Riga is introducing changes inspired by the wish to use the concert hall’s premises more efficiently, making them multifunctional and suitable for small-scale public and private events as well. Palladium Riga can easily accommodate 1600 visitors, but until now it was always too big for small events.

The desired solution was achieved by installing partition curtain systems that upon necessity will create three additional functional areas/rooms:

or, on the contrary, separate them from the event venue. If a seated concert, conference or other event is taking place at the ground floor hall (451 m2) with the stage (100 m2), both balconies will be covered with curtains to make the event venue much smaller and cosier.

For tenants, this improvement promises more freedom in terms of event diversity and scenarios. The partitioned areas will be available for use as a lobby, as a catering area or café with tables for conference/concert/corporate event participants or as a separate area for the same or another event that will not interfere with the events taking place in other areas. These changes, with the ability to configure the space according to the customer’s wishes and type of event, will make Palladium Riga even more accessible for events of all scales.

SGS Sistēmas began working on the project at the start of the summer. The most difficult part was creating and installing the curved curtain mechanisms on the concert hall’s balconies. The mechanisms were custom-made by ShowTex, which provides a wide range of products and individual technical solutions. Meanwhile, the fireproof curtains for partitioning off the concert hall were delivered by Cronenberg Stage Molleton CS. They are made from 100% flame retardant Trevira CS textiles, which is of significant importance when it comes to curtains in public spaces.

History and Largest Events of the Palladium

The Palladium was founded in 1913 as a modern and spacious cinema with 250 seats. During the war, the building was partially damaged – the bomb targeting it only grazed the roof and the orchestra pit, leaving the rest of the building intact. In Soviet times, the Palladium was the first cinema in Riga to boast a wide-format screen. In 1986, it was equipped with the excellent Dolby Stereo sound system, making it the most progressive cinema in the Baltics. In the 1920s, the Palladium with 1080 seats was the largest cinema in Europe, and, up to its closing in the early 21st century, it remained one of the most popular cinemas in Riga, where many movie premieres were held.

With the advent of the Awakening, privatisation and denationalisation, the Palladium became one of the most coveted properties in Riga. This escalated as far as legal proceedings until the cinema was closed in 2002. In 2006, large-scale construction of a nightclub was started at the Palladium, but it never saw the light of day. A couple of years later, the Palladium came under the ownership of Positivus, who were willing to do it all to resurrect the Palladium as the concert hub of Riga.

After meticulous reconstruction, Palladium Riga reopened its doors on 28 September 2011, becoming one of the first concert halls in Latvia and the largest concert hall in the Baltics, fit for medium-sized concerts with a maximum capacity of 2000 people. Located in the centre of Riga at 21 Marijas Street, it is an architectural monument of local significance.

As the first to grace the stage of Palladium Riga were James Blunt, FM Belfast, Kaiser Chiefs and Anna Calvi, who brought some unforgettable nights to many music lovers. Finally! There was a concert hall in Riga for such concerts!

The owners of the concert hall have shown respect towards the historical heritage of the Palladium by keeping its original name and maintaining its former interior as much as possible. The only signs of the Palladium’s current functionality are modern and thoughtfully placed interior accents and the concert-specific layout with two rows of balconies for viewers. 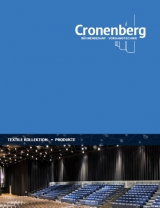