Ministry of Justice of the Republic of Latvia

New conference and discussion system for the Ministry of Justice

SGS Sistēmas took part in the procurement announced by the Ministry of Justice of the Republic of Latvia "Procurement and Installation of Sound Amplification System" and was selected as the supplier and installer of discussion and sound amplification system for the conference/meeting hall.

When it comes to public speaking at conferences, seminars and meetings, the spoken word is only as strong as it is clear. Therefore, modern technology is an integral part of it.

The conference hall of the Ministry of Justice of the Republic of Latvia was equipped with a state-of-the-art conference system – Orbis by Beyerdynamic – that is functional and user-friendly.

The Orbis conference combines elegant design, the option to discreetly integrate it into furniture and the advanced Revoluto technology, which uses integrated microphone capsules to create the so-called corridor effect and ensures a powerful sounding voice.

The discussion system kit includes Classis RM 31 Q microphones featuring Revoluto technology that are suited for round-table discussions, as well as stage and television/video conferencing. With up to two speakers, the users of this microphone can freely move, i.e., stand or sit, lean closer or further away from the microphone.

The RM 31 Q microphone features a red LED ring on the base that illuminates when the microphone is ready for use.

In addition to the discussion and conference system, a Turbosound acoustic system and central system control processor was also delivered to the Ministry of Justice. 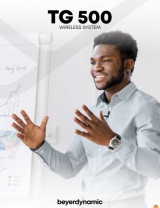 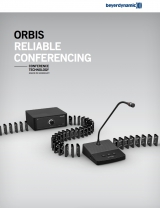 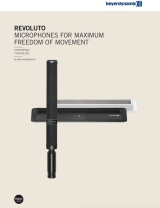